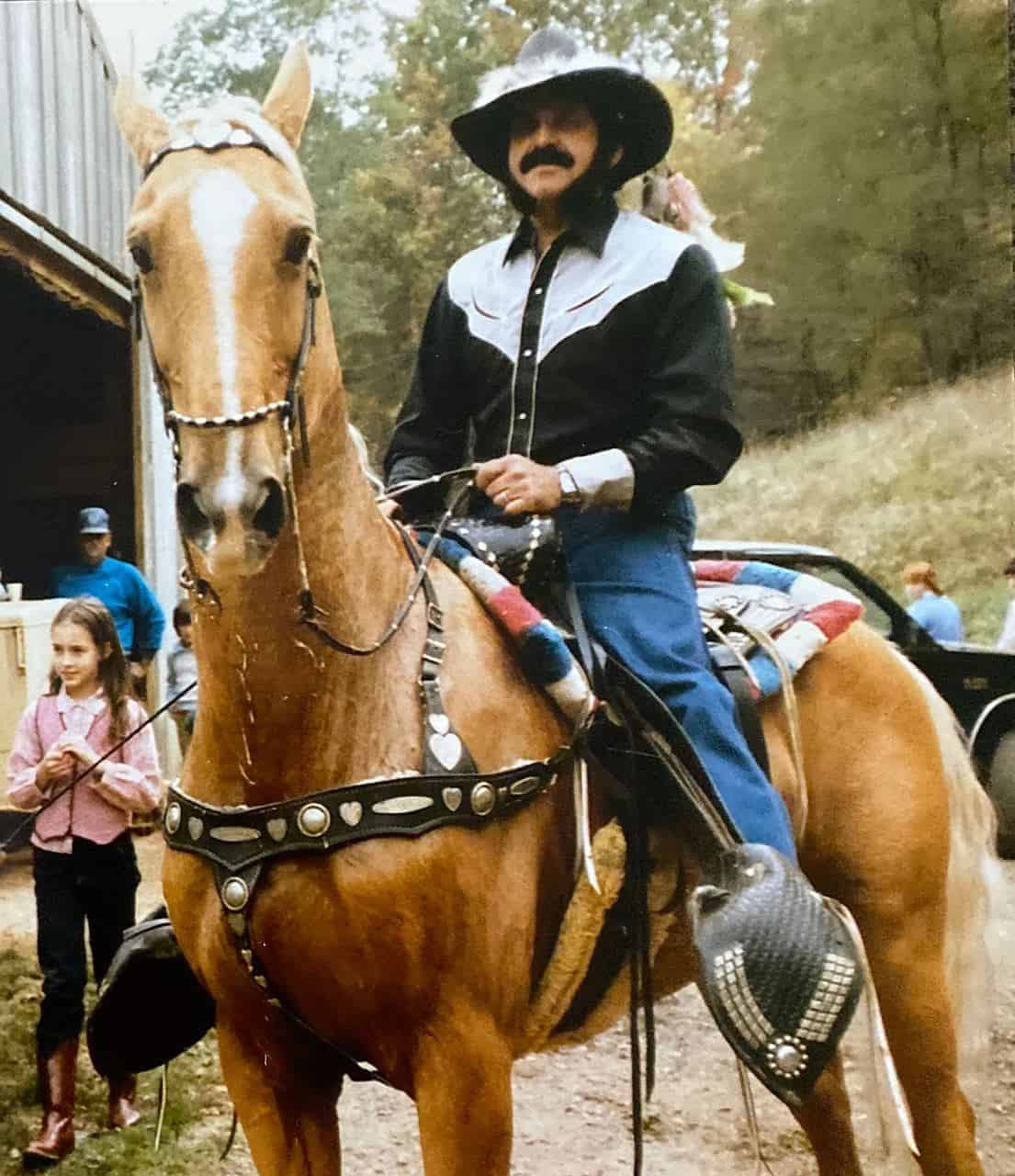 At home near Buffalo Mountain, Earl Moles provides a richly detailed interview to David Rotenizer, March 27, 2000, with an abundance of topics. They discuss music, hunting, butchering, logging, children’s outdoor games, drive-in movies, food preserving, travel, horse training, and country stores in great detail. His father was a logger with horses in the Smokey Mountans, where he married Earl’s mother, who was part Cherokee. On fox hunting, Earl notes, “They liked to hear the dogs run. They knowed every dog, the sound they made. They did not hunt to kill them.” Earl appreciates the freedom and choices his lifestyle allowed him to make—his work history included hunting guide, blacksmith, furniture store employee, Radford Powder Plant, tree service, horse trainer, and logging. Earl’s main love is working with horses, always with respect and care.

Earl Hamilton Moles was born on July 16, 1933 in the Burks Fork area of Floyd County, Virginia. His parents were Tom and Ora Moles and he had four sisters and three brothers. Earl was raised on forty-seven acres, a small farm with pigs, cows, chickens, cane patches, and corn in lots which provided the family’s living. He was raised with horses, and when he was too small for the workhorses, his father bought him a goat he named Frisky, which he trained and rode as if it were a horse. As he grew, he easily transitioned to workhorses, using them to plow and mow, and riding them to the store for groceries. Even though he worked with these massive workhorses, Earl respected their beauty, treating them as if they were show animals. He would train them to rear up and he’d ride them with a flourish. Over his lifetime Earl was employed at a furniture store, in logging, at the Radford Powder Plant, and as a blacksmith, but horsemanship was his first love.

The Economics Series oral history interviews explored the many ways, historical and current, of local economy and work. Mr. Moles, a legendary horse trainer, was interviewed by Radford University student David Rotenizer. During the Fall of 2000, Dr. Mary LaLone’s Radford University Anthropology 471, Economic Anthropology class interviewed five Floyd County families about their own economic livelihood strategies. We are grateful for assistance from the Moles family for this interview and especially for additional family photos provided by Earl’s daughter, Debbie Moles Slaughter.