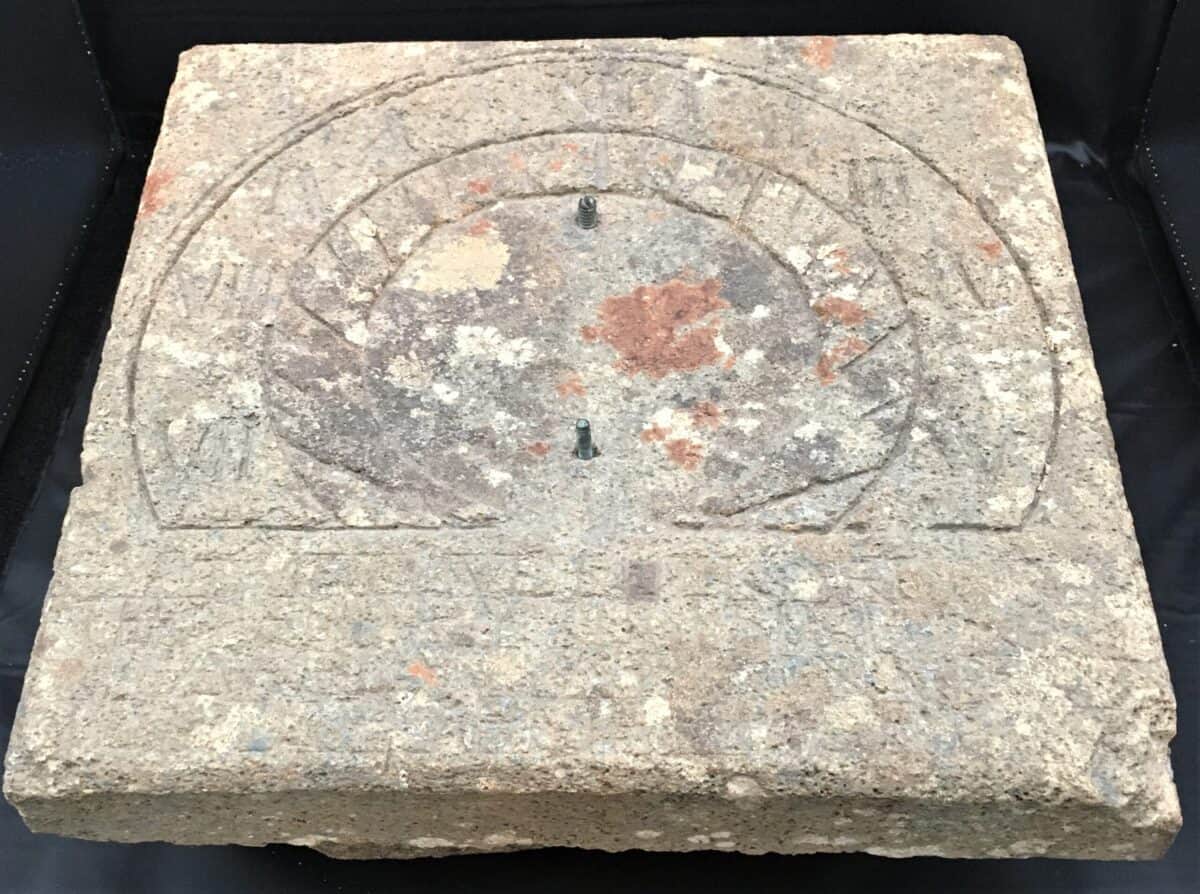 This sundial face is carved into a block of soapstone (steatite). Roman numeral hours are marked off a half-circle. While the gnomon (part that casts a shadow) is missing, two bolts indicate where it was attached to the stone’s center. The verse carved into the lower third of the stone has no punctuation or spacing between letters.  The stone has weathered to the point it is very challenging to make out the lettering.  While identity of the sundial’s maker is unknown, it is possible this person was one of the local tombstone carvers.

George and Mary Magdaline Goodykoontz Phlegar enlarged their home off the old Christiansburg Pike around 1816. They had joined with George Sowers in donating land for and helping establish the nearby Zion Lutheran Church in 1813. The homestead and farm remained in the family until the death of their great-granddaughter Sarah Amanda Phlegar (1909-1993). The land was then sold to the county and is being developed as the Floyd Regional Commerce Center.

This circa 1979 photo of the Phlegar home was taken while Sarah Phlegar was living there.