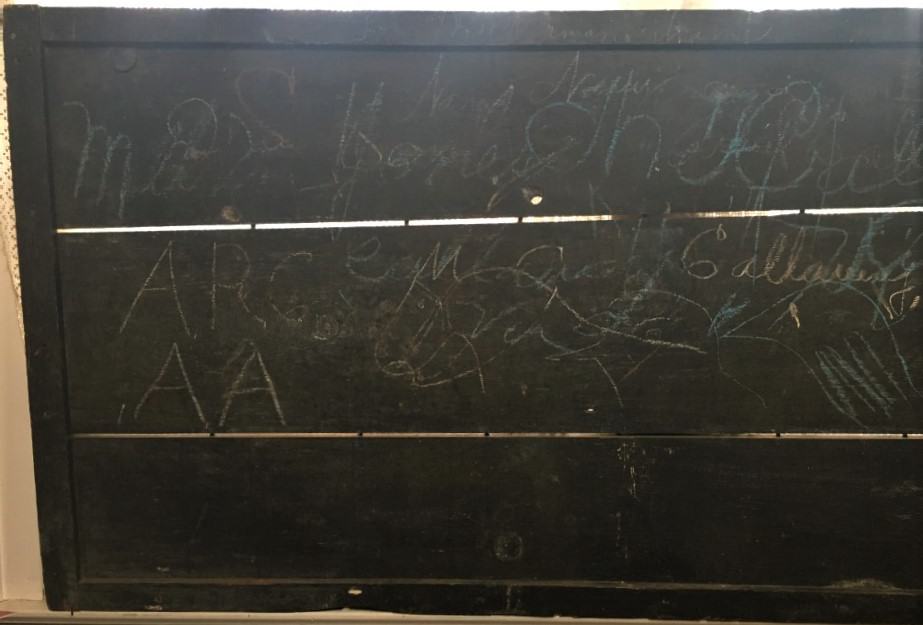 This blackboard was constructed by framing three pine boards and painting them with black paint. It was built for home use by the Wertz family and remained in the house until the property was sold in the early 2010s. The writing and sketches on the board were left as found.  Names written in script include “Nancy, Calloway, and George Wertz.”