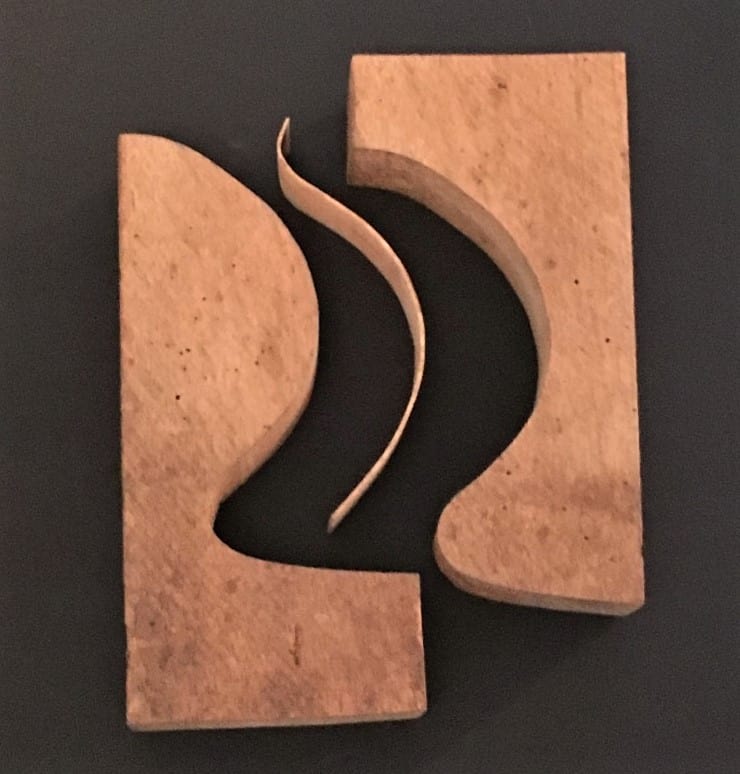 As Stanley Lorton learned to build string musical instruments, he also made many of his own templates and molds. The featured two section template above left is cut from a board (2 inch x 4 1/2 inch x 10 1/2 inch.) Thin mandolin side pieces are shaped on these curves. A simple clamp to hold the side pieces in place after they are glued is fashioned from discs of plywood and leather along with wing nuts for adjusting the clamp. The jigs are also cut from a single board.

Stanley Cleo Lorton (1919-2019) grew up enjoying the Grand Ole Opry and learned to play fiddle, guitar, and mandolin at an early age. After the death of his first wife Eva Vaughn Lorton, Stanley married Ruby Alderman Vaughn Lorton. He worked as a carpenter and took up instrument building after he retired. In addition to musical instruments, he built grandfather clocks, cedar chests, a bed, and cabinets.

The dining room in Stanley’s home was graced with instruments he made. Stanley is pictured at the table holding a Lorton mandolin with a dulcimer hanging on the wall behind him. Hanging on the wall in the lower right photo are: a dulcimer, three fiddles, and two guitars.

The film clip shown here is from 1996 footage, some of which was used for the 2005 movie, “Stanley, Words and Music.”  The movie was premiered at the Jessie Peterman Memorial Branch Library in Floyd.  Stanley graciously opened his workshop to Kathleen Ingoldsby, demonstrating how he made a mountain dulcimer, his wife Ruby’s favorite instrument.