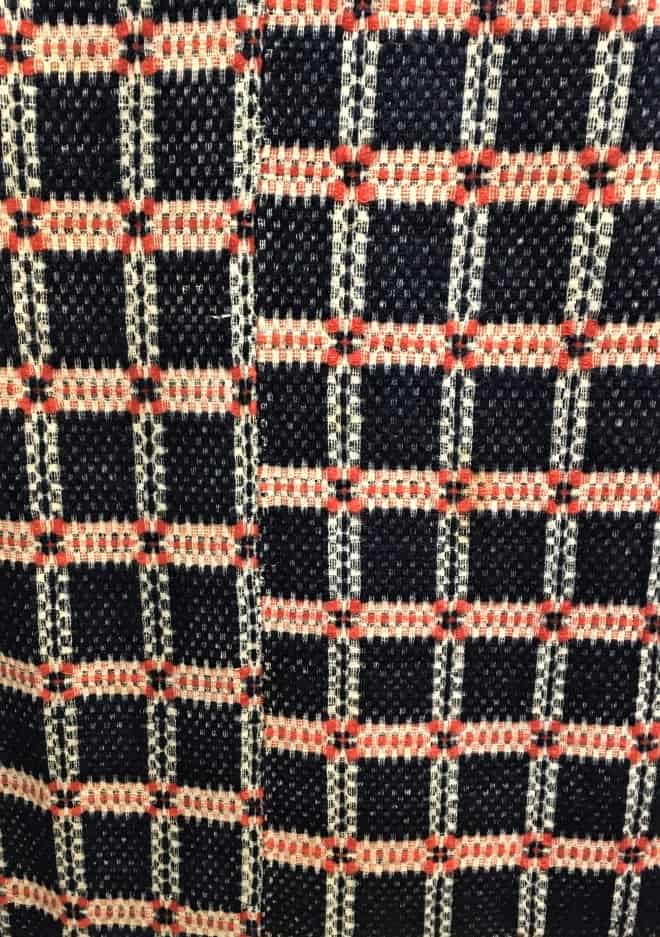 This Governor’s Garden coverlet features indigo squares accented by red and white borders.  It is the longest coverlet in our collection and its three panels may well have had a matched pattern at one time.  To prevent excessive wear, panels were sometimes taken apart and turned.

Jacob, Jr., and Anna Harman’s daughters Julia Ann (1834-1902) and Eliza J. (1849-1913) never married. They were the family weavers and one of them most likely made this coverlet according to Margaret Harman.

In overshot coverlets, the weft threads float over the warp to create the patterns.  With the indigo wool thread forming the squares of the pattern on the top side of this coverlet, squares on the reverse side appear almost white. The diagonal red wool stitching on this corner was added after the weaving was completed.