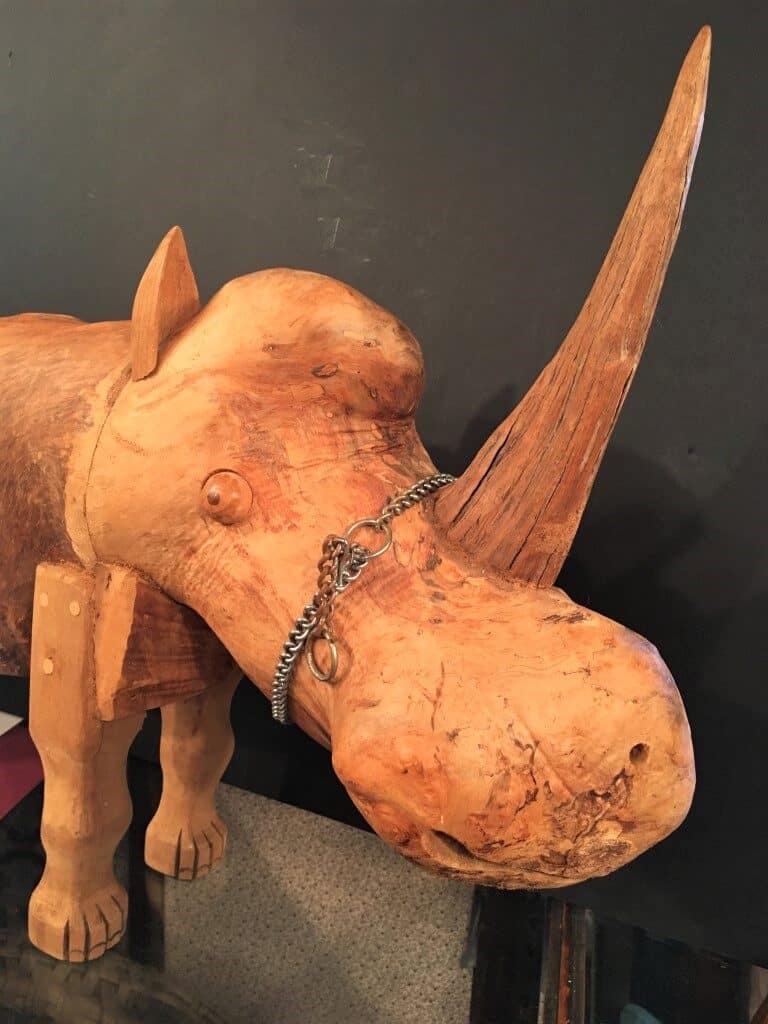 Aster is one of two rhinoceros Andy Hylton fashioned from the same root when cleaning up a downed cucumber tree (Magnolia acuminata) in his woodlot. He added horns carved from chestnut fence rails, ears and eyes from other woods. The legs were fashioned from factory-made table legs. The second rhino, dubbed Disaster, remains with the Hylton family.

Elder Andrew Jackson, “A.J.” or “Andy,” Hylton (1922 – 1994) was a Primitive Baptist minister serving Blue Ridge Church near Willis as well as churches in Northern Virginia, West Virginia, and Richmond. He also farmed and worked for the US Postal Service in the Willis Post Office.

In his retirement years, Andy Hylton built his own log cabin and enjoyed a variety of creative projects including glass-cutting, woodturning, and furniture building.

Andy Hylton (on guitar) and his first cousin R.O. Slusher, Jr. are pictured on the cover of Music Makers of the Blue Ridge Plateau published in 2008 as part of the Arcadia Publishing Images of America series.