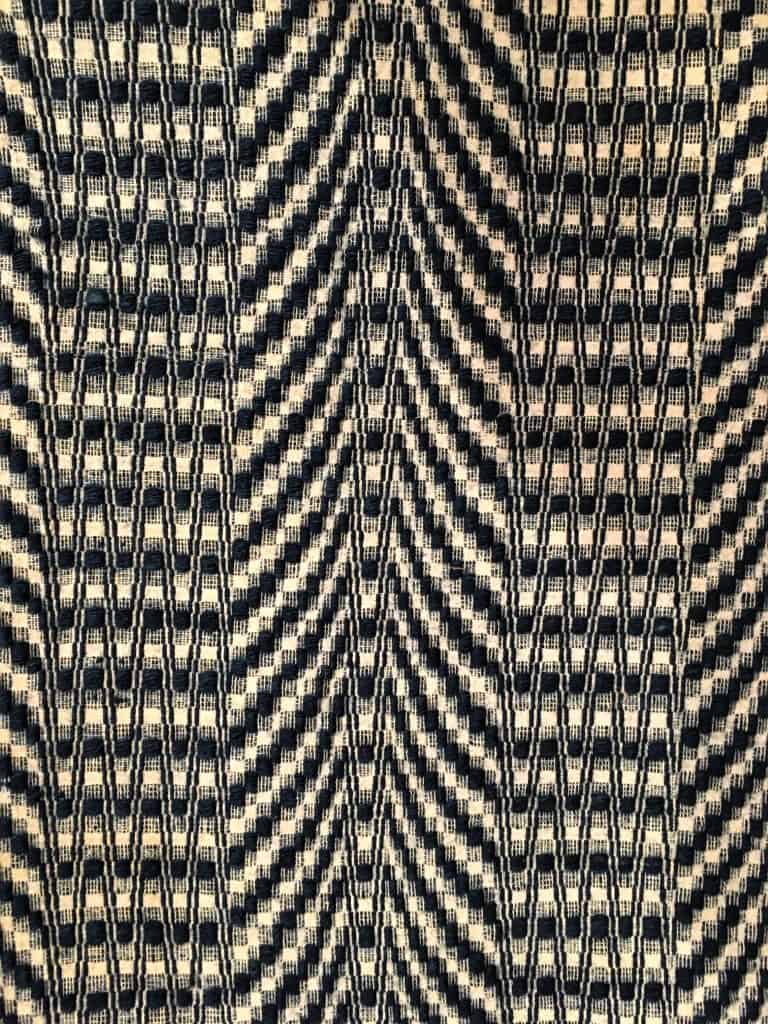 The navy and white pattern of this coverlet does appear to undulate in waves.  Well-constructed with the pattern matched between the panels, the coverlet is in good condition beyond having been patched in several places.

A May 23, 2013 article in The Floyd Press failed to turn up information on the source of this and another coverlet donated to our local thrift store, Angels in the Attic.