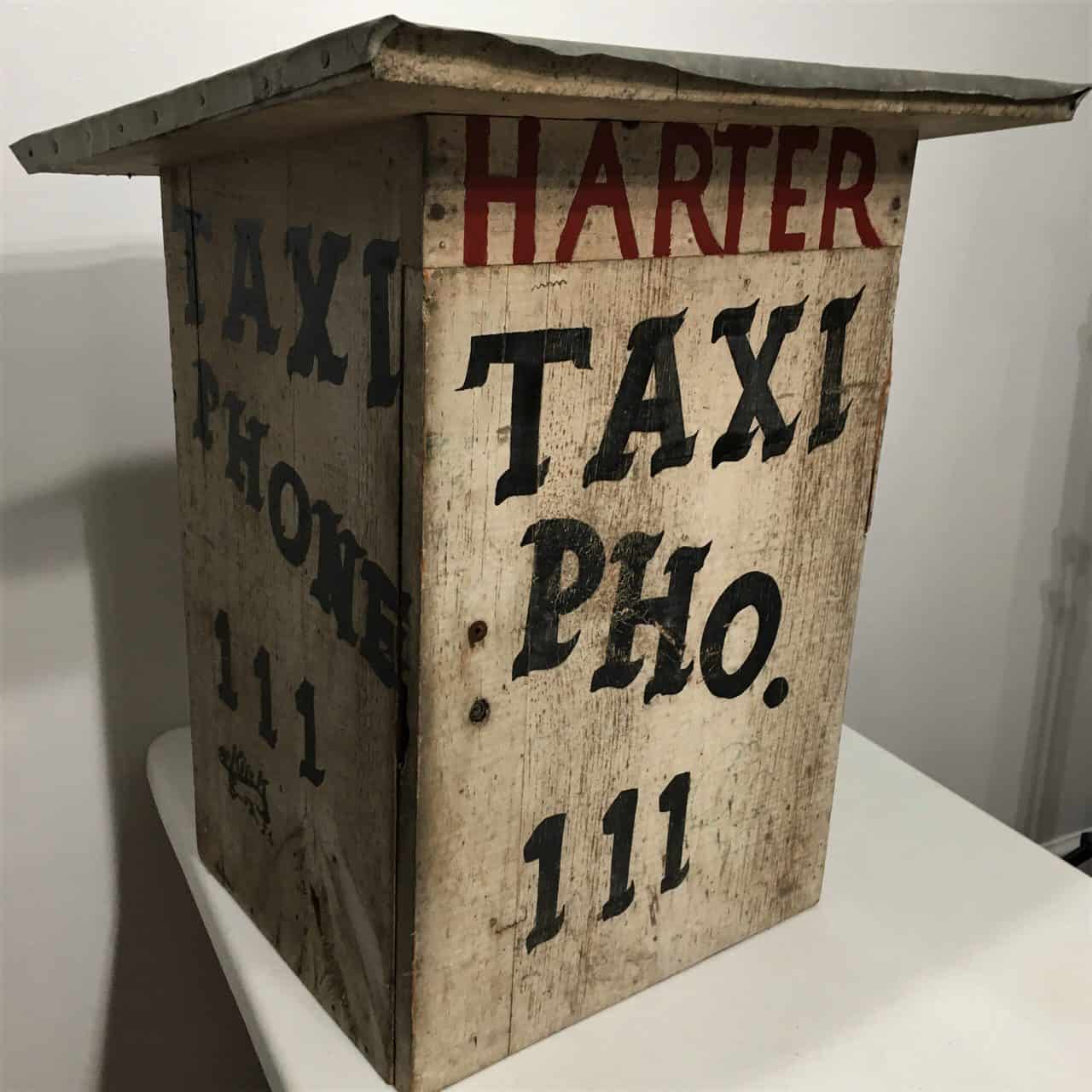 This wooden box has a front door fastened with a simple latch; holes remain where a handle once allowed easy access to a telephone in the interior. The word “taxi” and telephone number 111 are painted on each of the four sides, even the back which has an unpainted strip where it was attached to an upright post mounted beside a telephone booth (at the corner of the courthouse lawn nearest the stoplight).  “Kirk 8-17-36” is lettered in smaller print on one side. The box has a tin roof that slants from front to back. A remnant of the telephone cable (with a circa 1950s ceramic insulator) remains and is threaded through a hole drilled in the back. Gentry would park his  taxi in front of the courthouse and wait  for the phone to ring as pictured here, circa 1945 [Floyd County Historical Society archives].

Wallace Gentry Harter (1907-1999) was the third in a family of thirteen children born to Adam Lee and Rosetta Adline Slaughter Harter. He never married and remained on the family farm at Falling Branch. In time he purchased most of the property that his great-grandfather Adam and great-great grandfather Frantz Harter had owned in the county. He operated his taxi service from the 1930s until the early 1960s. Baskets made by his grandfather John Harter were featured in our 2018 “What Do We Need to Carry?” basket exhibit.

Freeman Slusher told this story on himself. One rainy day in the late 1930s, Freeman finished a ten-hour shift at the Floyd Post Office and began walking through the downpour to his home on Penn Avenue. Gentry stopped his taxi and asked if he could give him a lift. When they reached the house, Freeman thanked Gentry and got out of the car. Before he could close the taxi door, Gentry said, “You know I can’t start this car for less than a quarter.” Freeman handed him a quarter but determined he would walk home in the future.