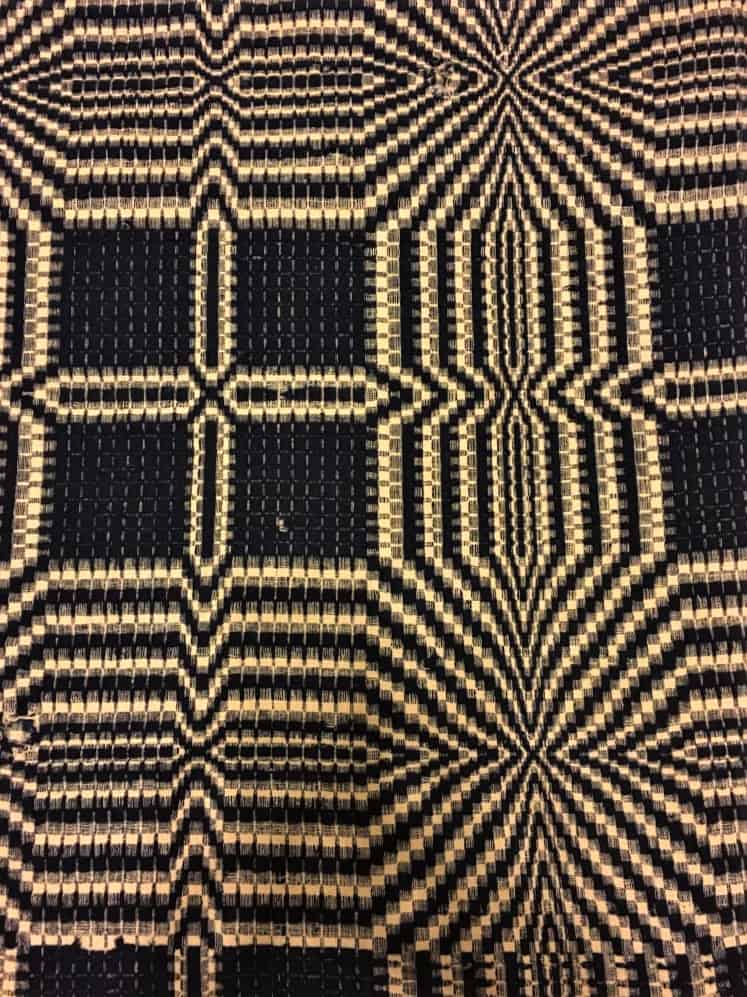 This overshot coverlet gives the effect of op-art with its navy and white Sunrise pattern.  The  navy squares forming the Window Sash tables provide visual resting places. This coverlet has seen heavy use. Both panels have holes in them and faded sections. The center seam is unraveling in places.

Callie Dishon Heslip was a double-first cousin to Aaron Altizer of the Copper Valley section and was adopted by his parents after her parents died in the 1918 Pandemic. Callie’s mother was Harriet E. Altizer from Floyd County who married Charles Dishon from Snowville in Pulaski County.

Altizer family members said the coverlet belonged to Callie Heslip and had been in her family for generations but did not know who made it.

The cotton warp threads are easily seen on the reverse side of this coverlet.