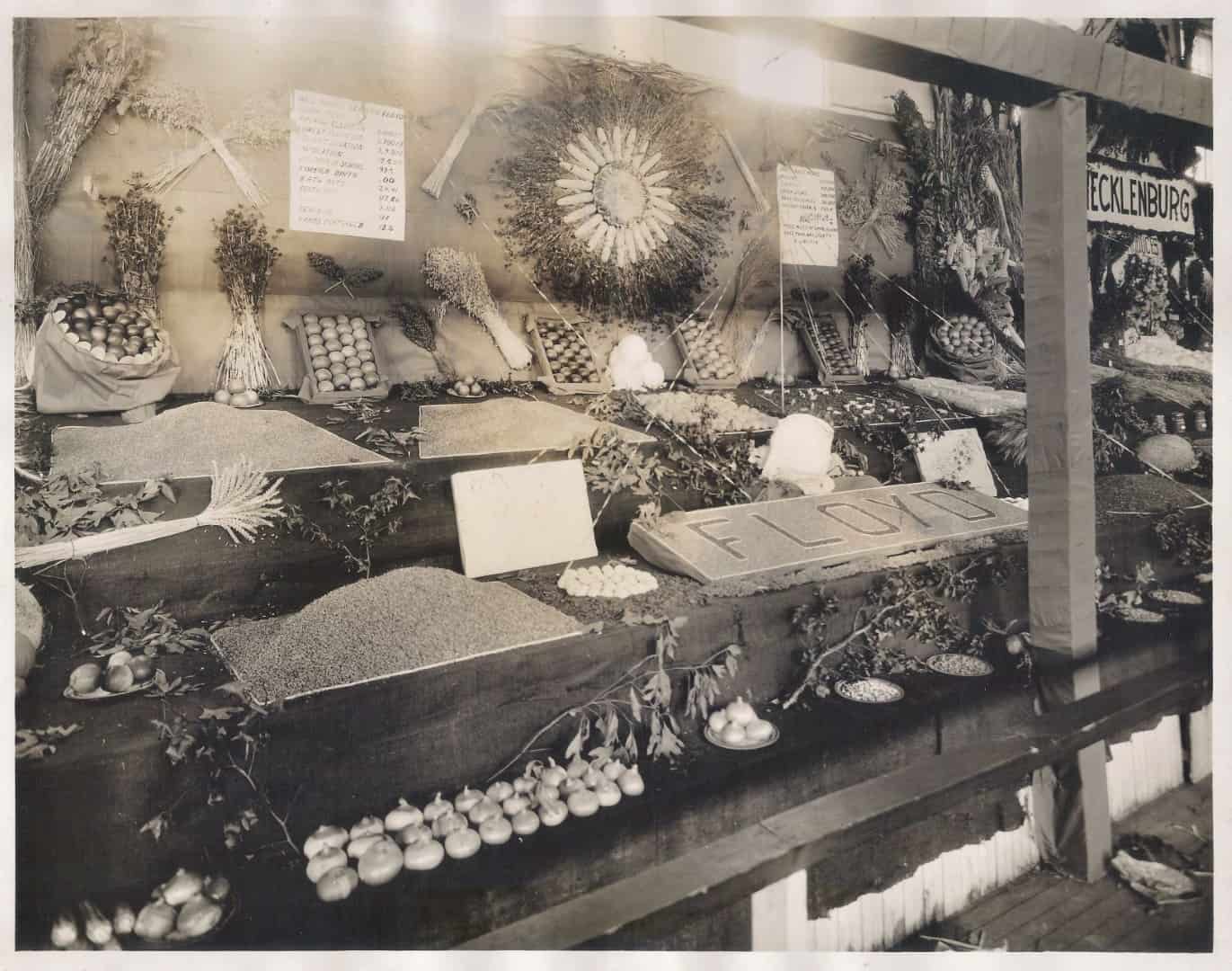 This photograph preserves an agricultural demonstration for display in Richmond, Virginia in the 1930s, possibly at a Virginia State Fair held in September. The display was created by Shirley Cole, who was an Extension Agent, and Luther Webb (1914-2001), who was from a prominent milling and farming family. The central wreath features ears of dent corn radiating out from a sunflower seed head. Ribbons connect informational posters with related products including wool batting and nests of eggs on either side of the FLOYD sign. Trays of apples, bundles of wheat, oats, buckwheat, and rye, sorghum, corn stalks, threshed grains, and onions are among the products on display. Branches from county hardwood trees fill spaces among the trays of grains. A small map of the county is propped up to the right of the main sign. The tray above it depicts livestock grazing with miniature cattle and sheep.

The left poster lists facts about the county (elevation, population, birth and death rates, percentage of farms mortgaged) citing a population of 12,200 living on 2,112 farms with 99% of the children in school. The poster on the right lists the total annual income from poultry, livestock, and truck crops. It also reports bank resources and that county farmers owned more than 700 purebred animals. A final point of pride on the second poster is that Floyd County has “MORE MILES OF APPALACHIAN TRAIL THAN ANY COUNTY IN VIRGINIA.”

When Floyd County celebrated its Centennial on July 4, 1931, the Floyd Press reported that “[a]bout 10:30 Saturday morning the parade started from Floyd High School, led by County Agent Cole, clad in authentic frontiersman’s garb.” Shirley Cole not only coordinated this parade but was also a key figure in determining the route for the Appalachian Trail through Floyd County. See https://appalachiantrailhistory.org/exhibits/show/lostapptrail/lostatroute