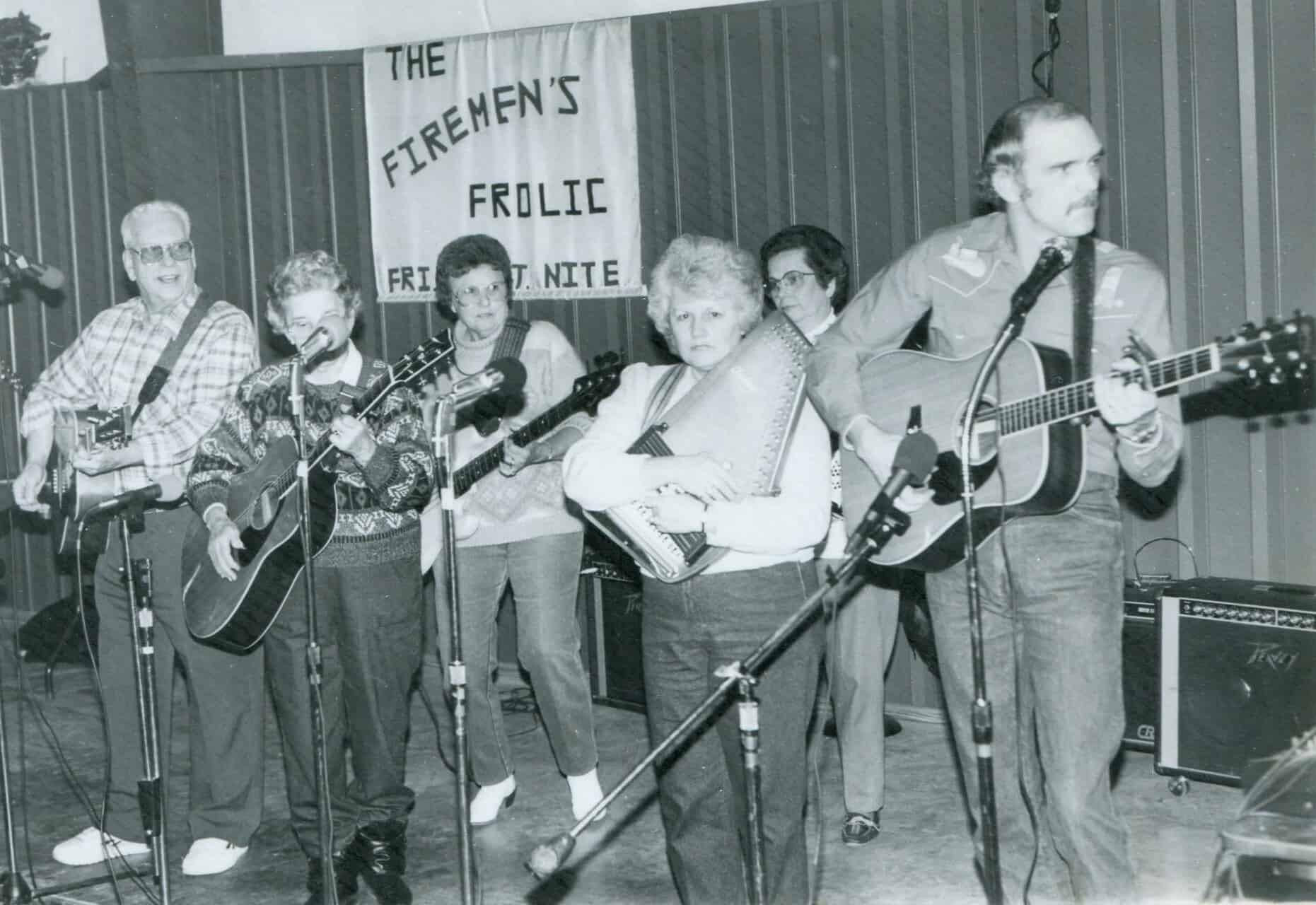 Evelyn Slusher taped this half-hour program on a cassette recorder when it was broadcast on WGFC Radio in the 1980s. Dale Gallimore is the Master of Ceremonies.  The musicians performing live at the radio station continued playing together and eventually settled on “The Over the Hill Gang” as their band name.  The Rev. Ralph Spradling is playing fiddle, R.O. Slusher, Jr., is playing banjo and doing vocals, Wilbur Weddle is playing guitar, and Stanley Lorton is playing mandolin. For this program they perform a mix of dance songs and popular tunes from the 1930s including a schottische and “The Wreck of the Old ’97.”

Dale and Marie Gallimore launched WGFC Radio in 1985 after working in broadcasting for many years. Pine Creek flows behind the radio station which led to their Saturday morning broadcast being called the Pine Creek Jamboree. Local musicians taped shows at the station; Dale also recorded shows at the Firemen’s Frolic, Friday Nite Jamboree,  and other local venues for broadcasting on the air. The Gallimores were key promoters of local musicians and deserve credit for helping build Floyd’s reputation for gospel, old time, and bluegrass music.

The ballad “I Wonder How the Old Folks Are at Home?” was copyrighted in 1909 and became popular throughout the region after the Carter Family recorded it in 1930. Listen to R.O. Slusher, Jr., singing his version on this clip from a live WGFC broadcast at left. Digital recording courtesy of George S. Slusher; photo courtesy of the Slusher family.