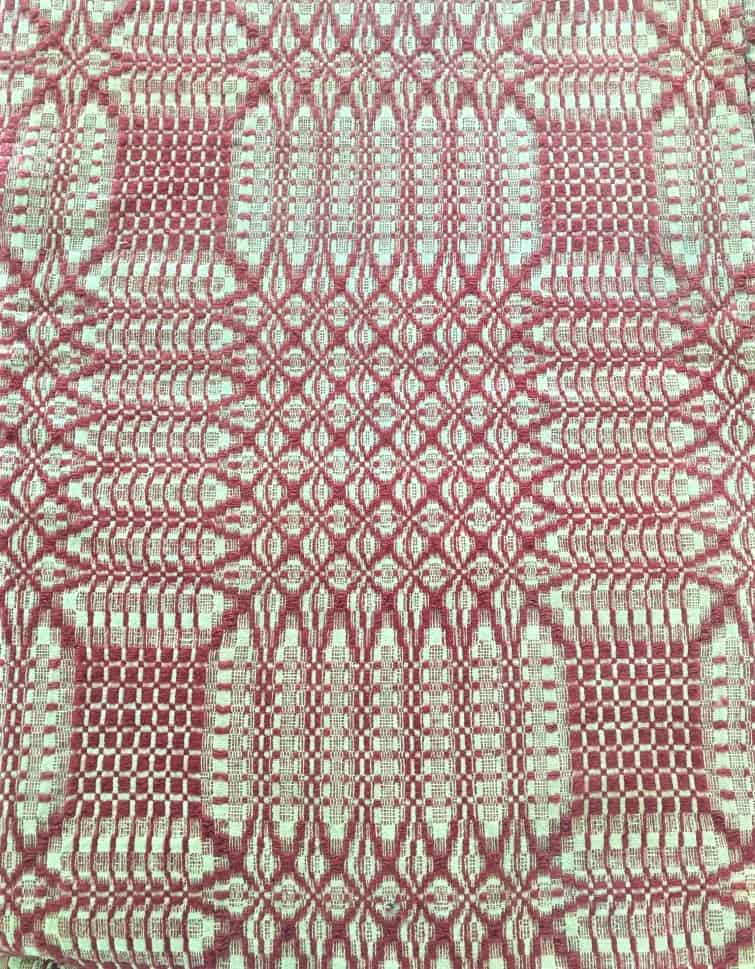 Scorched sections and burn marks on this coverlet indicate that not only was it nearly destroyed but that its value was such to make it worth patching and keeping. The weaver apparently anticipated there could be a need for extra yardage and wove more than enough material for two panels. The  pattern was not matched for the patch (reverse of coverlet shown at left) but helps the burned spots (shown at right) blend in nicely.