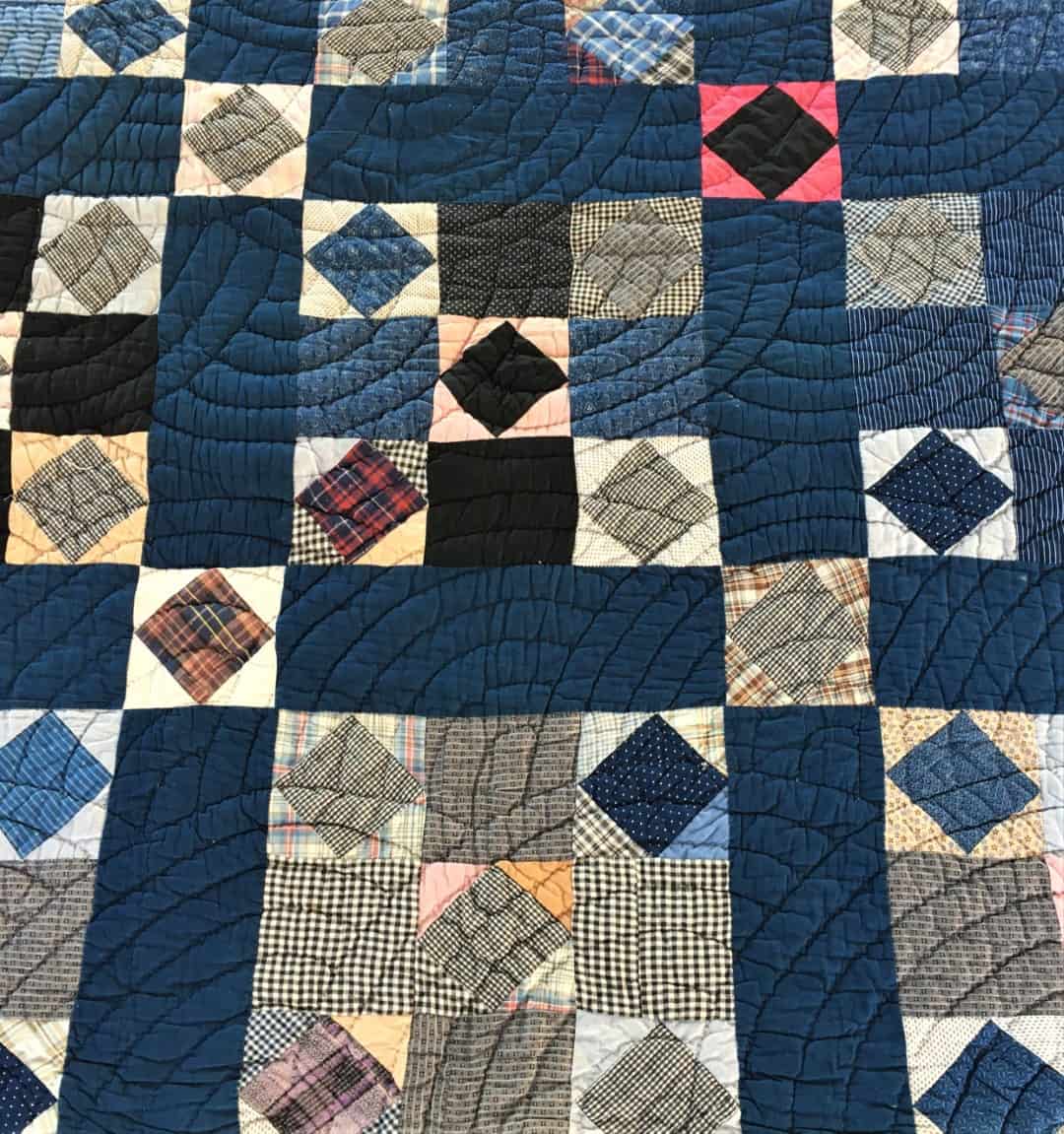 “And a river went out of Eden to water the garden and from thence it was parted and became four…” This quilt’s blue sashing represents the rivers and the diagonal squares within squares represent trees in this biblically-based pattern which is also known as “Economy.” Some of the prints used in the nine blocks are from feed sacks. The hand-quilting  is done in a fan pattern and secures a thick cotton batting layer. As necessary, scraps of cloth are sewn together to form the small squares maintaining pleasing colors and contrast in the blocks.  The backing is made from seed sacks, some of which are bleached, some still showing the company lettering.

Essie Effie Nixon Slusher (1895-1973) and her husband William Oliver Slusher owned a store near the Little River.  While they sold all the cloth, thread, dyes, and needles a quilter could desire, this quilt shows the resourcefulness common to farm families with its reuse of feed sack materials and its backing made from sacks that held seed very likely sold in the store.  Effie was the daughter of George W. and Wilmoth Jane “Willie” Earles Nixon.

Some of the sacks used for the back of this quilt retain the lettering from the companies that shipped seed in them.  The Virginia Seed Service (1922-1933) was created to improve the quality of seed available to farmers.  In 1933, its stockholders voted to reorganize as Southern States Cooperative which still serves Floyd County farmers today.