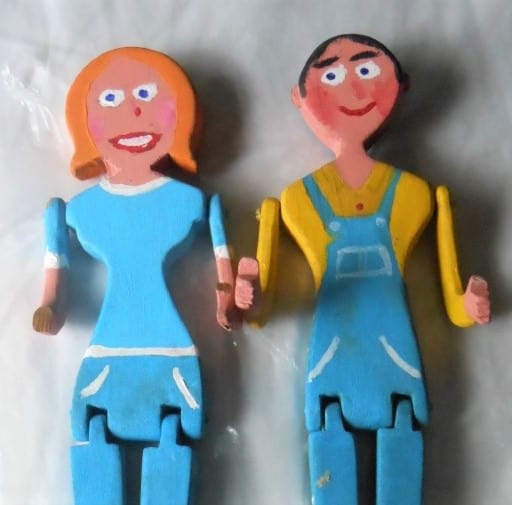 This set of limber jack dolls has an unusually bright palette with the strawberry blond female and  yellow shirt with red buttons for the male.  The dolls’ arms are fastened with screws so they swing in time to the music.  Hooks on their backs hold rubber bands allowing them to bounce up and down.  At some point, the female doll’s right hand was broken.

This 1983 photo shows R.O. testing his first set of dolls.  Getting them balanced on the dowel rod required moving the fulcrum point multiple times as the female weighs less than the male doll.