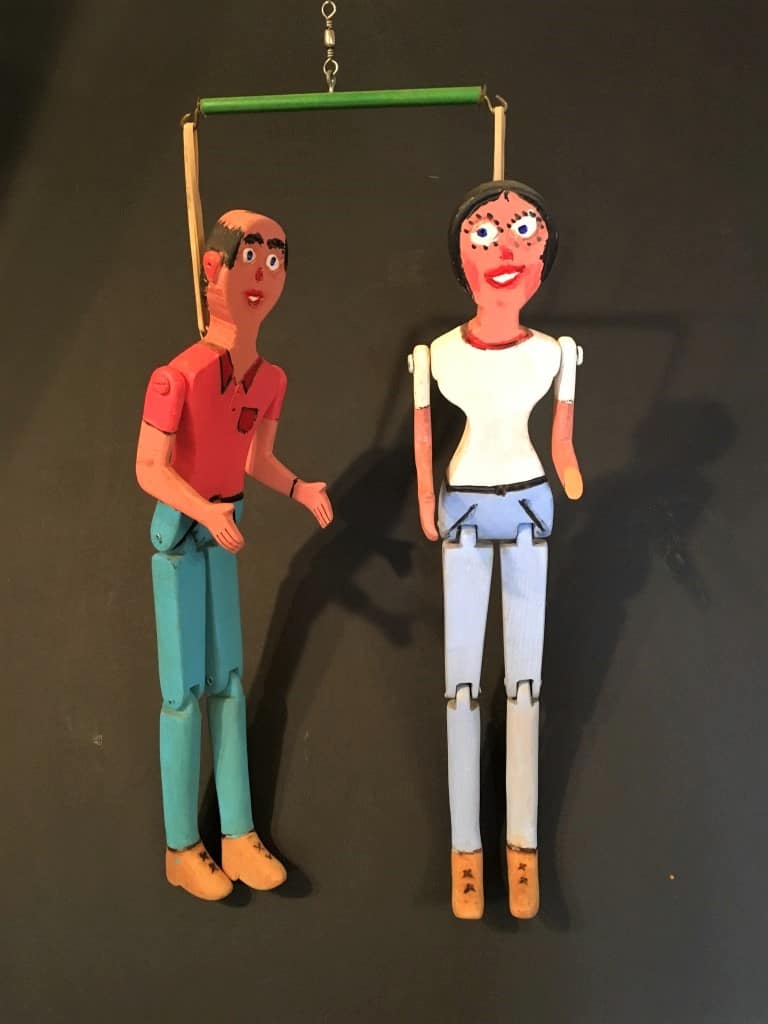 This is one of the last sets of dolls made by R.O. Slusher, Jr. These wooden “limber jacks” dance as a couple by virtue of being suspended from a single tree crafted from a Tinker Toy dowel rod. Details (such as the fringe of hair around the man’s bald spot) were first etched into the wood with a wood- burning kit. Hair, skin, features, and clothing were then painted with acrylic paints.

The pair is suspended on a length of fishing line. One end  of the line has a metal hook to attach it to a fixed point (door knob or chair); the other end has a loop that fits on a finger of a guitar or mandolin player’s strumming hand.  As the musician plays a tune, the dolls dance in time with the strumming.

Except for four years in the Army during World War II, R.O. Slusher, Jr., (1920-2006) spent his entire life on Rush Fork farming land first owned by his grandparents.   Childhood memories of a single “limber jack” doll made by neighbor Hayden Weddle inspired these.  R.O.’s wife, Evelyn Alice Terry Slusher (1925-2011), suggested creating dolls that would dance together.

The first set of dolls was completed in 1983. R.O. eventually made roughly thirty sets, giving most of them as gifts to friends and relatives. This set belonged to his good friend and fellow musician Stanley Lorton.