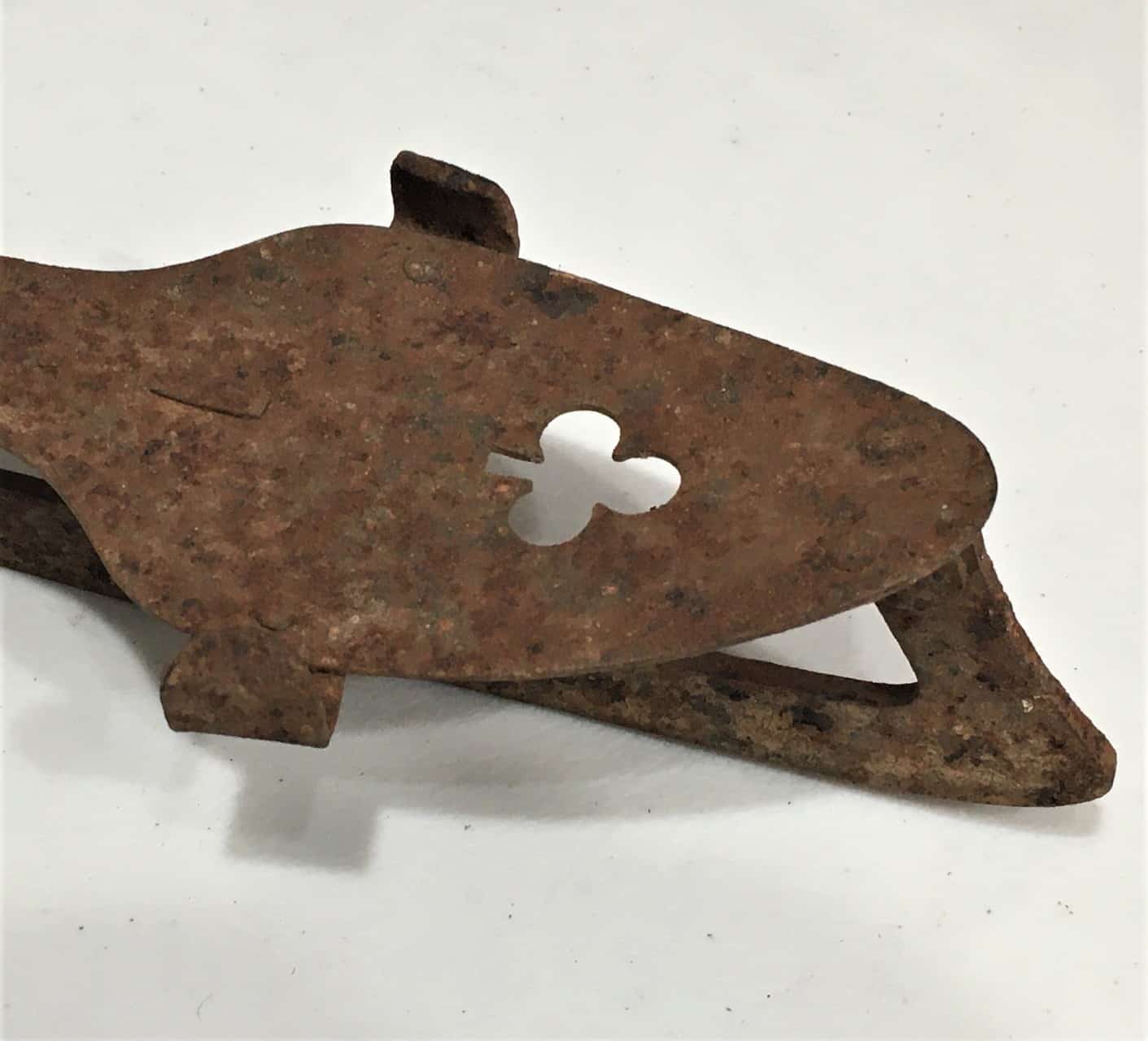 This skate has separate toe and heel plates with a screw underneath to adjust the length of the skate. Clips on the sides of the toe plate and the back of the heel plate attach the skate to the skater’s regular leather shoe. There is also a tab placed so that it catches the front of a shoe heel. The toe plate has a clover leaf cutout. The blade has a center groove.

This single skate was found in a box of shoemaking tools purchased at the estate sale for Sarah Amanda Phlegar. In the early 1800s, her great-grandfather George Phlegar (1762-1839) had dammed up Oldfield Creek to supply water for his grist mill. The Phlegar mill pond became a community recreation center and most likely was where the skate’s original owner practiced  figure-eights.

According to Margaret Welch’s pamphlet, “The Shepherd of Floyd,” Rev. John Kellogg Harris took his Oxford Academy students ice skating on the mill pond, where the students found it “hard to match” Rev. Harris in “playing ‘shinny’ or cutting intricate figures on the ice as to trip him in Virgil or mathematics.”

Union Hardware Company of Torrington, Connecticut, began manufacturing ice skates in 1864. The cloverleaf cutout in the toe plate was their signature. The company eventually produced a variety of tools and sporting goods including fishing rods and golf club shafts.

“People have told stories, you know, in the old days they would say the river would freeze over every winter, you know, solid. And people used to ice skate up and down the river to visit each other, back in the time when there were more people that had carriages, horses, and wagons, and not cars.

Across the river the neighbors used to have an ice house, and all the neighbors would get together in the wintertime, and they’d collect big blocks of ice. And it was built right down across the way here, and they would share the ice in the neighborhood, . . . but a neighborhood was quite a distance from what we’d consider neighborhoods today. And then in July, whatever was left, they would make ice cream.”  Silvie Granatelli, 2002, Little River, Place-based Interview Series